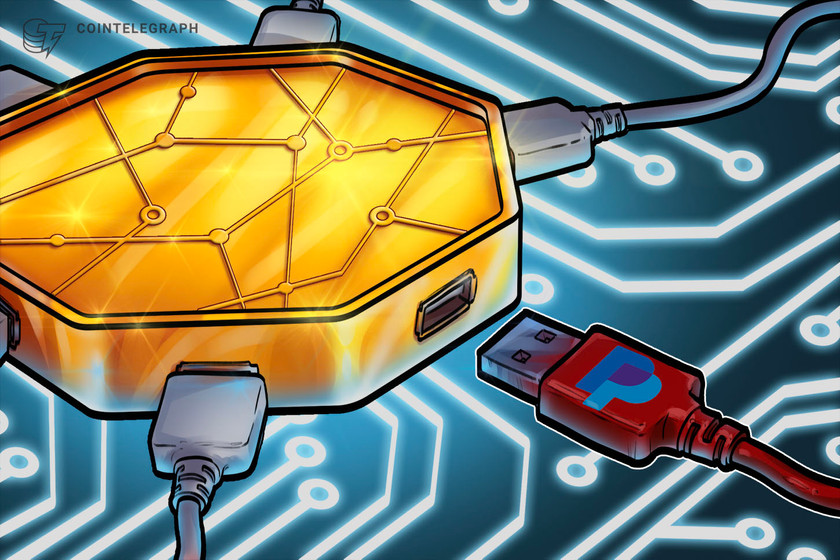 PayPal has announced the release of a new app billed to be a one-stop-shop for all of the digital payment needs of the company’s customers.

As previously reported by Cointelegraph, PayPal CEO Dan Schulman stated back in July that the company’s super app was ready for a rollout in the United States.

According to a release issued on Tuesday, the new PayPal app will enable users to access all of the company’s digital financial products.

The new app covers both crypto and non-crypto use cases with a wallet tab to manage cryptocurrency payments and high yield savings.

Indeed, the PayPal announcement included a partnership with online bank Synchrony Bank to provide a high yield savings account via the new app.

Customers will also be able to withdraw their earnings from the savings account to the PayPal balance to use in online shopping.

Related: PayPal users will be able to withdraw crypto to external wallets

PayPal also said it plans to add more features to the app in the coming months, including offline QR code payment and investment capabilities. In August, Cointelegraph reported that PayPal was considering a foray into the retail stock trading arena.

The announcement of the new customer app comes only a few days after the company debuted crypto trading for users in the United Kingdom.

Schulman has previously argued that digital payments will become even more stating back in December 2020 that the time was ripe for mainstream adoption of cryptocurrencies.