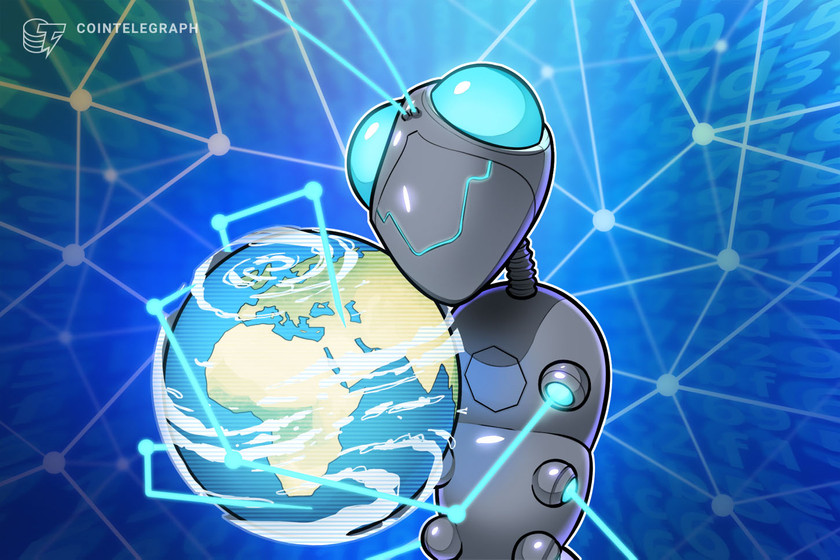 Bitcoin billionaires Tim Draper and the Winklevoss twins have backed a start-up dubbed “Colossal” that is aiming to resurrect woolly mammoths as part of the effort to fight climate change.

The “de-extinction” focused bioscience firm closed a $15 million funding round on Sept.13, which was led by Legendary Pictures founder Thomas Tull.

The round also included participation from Peter Diamandis of Bold Capital, Jim Breyer of Breyer Capital and Tony Robbins, the famous “self-help guru” with a net worth of around $500 million.

The firm’s landmark de-extinction project will aim to resurrect the woolly mammoth — or more specifically a “cold-resistant elephant with all of the core biological traits of the woolly mammoth” — by altering the genetic code of endangered Asian elephants. Church intends to implant test-tube embryos into the elephants or artificial wombs, to grow mammoths that can thrive in cold climates like their ancestors.

The firm hopes to restore plant root systems that mammoths feed on as they can pull carbon from the atmosphere in cold climates and revitalize ecosystems impacted by climate change.

The firm’s website outlines 10 core reasons for reviving the mammoth such as decelerating the melting of the arctic permafrost, preventing the emission of greenhouse gasses trapped in the permafrost layer, saving modern elephants from extinction and fostering an “ecosystem that can maintain its own defenses against climate change.”

Colossal to be a game-changer?

Cameron Winklevoss spoke to Fortune on Sept. 14 about his investment in Colossal, and the Bitcoin (BTC) billionaire stated the firm’s work could be a “game-changer” in saving endangered species and “future proofing” the environment:

“They’re trying to solve an important problem—not just how to bring back extinct animals, but how to preserve the genetic record of threatened species, of which there is a large number. That could be a game-changer.”

Excited about @winklevosscap‘s investment in @ItIsColossal and its de-extinction mission that will undoubtedly change the course of history and build a better future. @federallamm and @geochurch are solving for the future by bringing back the past. https://t.co/n9gEuNbGI5

Winklevoss stated that he’s behind the company for the long haul, as he doesn’t expect to make any money on his investment in the first “couple of years,” and added that it could even “take upwards of a decade” to become profitable.

Th Gemini crypto exchange co-founder also outlined that Colossal could capitalize on its work by essentially following the plot to Steven Spielberg hit series Jurassic Park, in which a theme park could be opened to showcase a population of extinct creatures:

“There could be a lot of economic opportunity over time, which might include television or even parks for extinct animals, like Jurassic Park.”

“Although it’s a moonshot, one probably fraught with risk and a ton of technical challenges, if they succeed there is the potential for a very outsize return,” he added.

Winklevoss was also of course asked about a BTC price prediction for the end of 2021, and he stated that $100,000 was achievable on the back of U.S. dollar inflation.

“I see Bitcoin ending the year at $100,000. There are a lot of tailwinds for it, with the biggest driver being inflation as trillions of dollars flood the money supply from loose monetary policy,” he said.