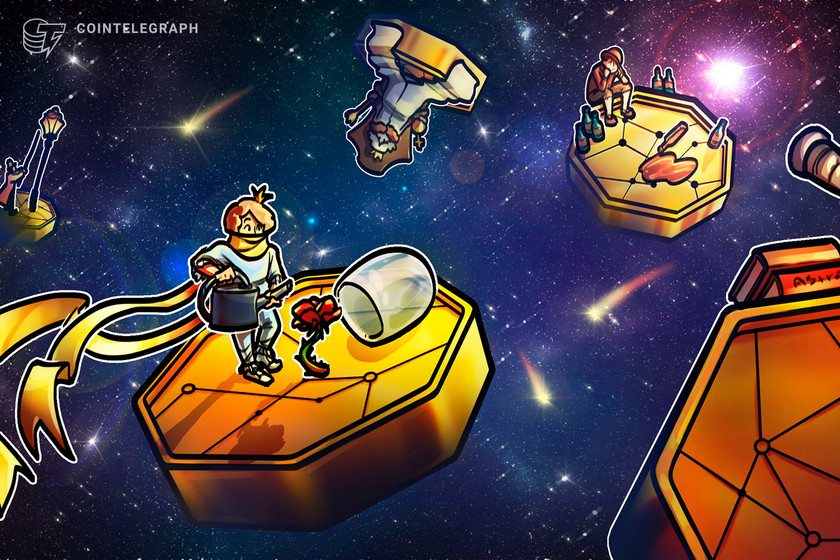 Colombia’s government has chosen to fund a new app, board game and book to educate children and young people about investing in cryptocurrencies and the stock market. As reported by Cointelegraph Brazil, the game was proposed by Henry Jean Velásquez in response to a government appeal for innovative projects that can help foster financial literacy among young Colombians.

As Velásquez has described it, the game, dubbed “B Coin: Learn to Invest in the Stock Market,” simulates the experience of retail trading as follows:

“”The user enters at once to invest and competes against two more players […] and has to interpret the movements of the stock market so as to buy and sell at the right time and earn money. S/he can buy stocks, cryptocurrencies, commodities and trade in the forex markets. Each asset has a specific trend that is simple to interpret.”

The government’s appeal for proposals was issued as part of the Crea Digital Call 2021 framework jointly launched by Colombia’s Ministries of Culture and of Science, Technology and Innovation. As a winner, Velásquez will receive 119 million pesos (roughly $31,000) and will be expected to present a transformed version of his proposed game in the form of a downloadable graphic novel for Windows and Android in November. Beginning in December, B Coin will be distributed via popular app stores.

According to Velásquez, as cited in an announcement from the Ministry of Science, Technology and Innovation, “We are improving the project’s graphic and pedagogical aspects. Through creative consensus, we concluded that we are going to transform it into a graphic novel so that it is easier to teach.” In addition to the new version, Velásquez will also produce a board game and book by March 2022 to further strengthen the project.

Velásquez has pointed to research conducted by his company Gameday that revealed that only one percent of Colombian schools teach economic literacy. His inspiration for B Coins was reportedly drawn from a Colombian government decree from 2014, which stipulated financial and economic education in Colombia as a topic that the country’s schools should cover so that children and young people can better understand economics and the dynamics of the financial system.

As reported, some researchers in the United States have recently aired their concerns that American teens have developed a negative impression of trading, in part due to them having witnessed the GameStop saga. This has sparked efforts to change teens’ minds by promoting pro-stock market educational programs, including simulated stock market experiences and a curriculum designed to clarify the basic tenets of investing.

By contrast, South Korean researchers have been concerned that millennials’ increasing reliance on speculative investments like stocks and crypto, funded by borrowing, is trapping them in a highly indebted situation. They have observed that many younger people view day trading as a “once-in-a-lifetime opportunity” to break out of their financial precarity and to help ​​them subsist amid an insecure job market, suppressed wages and prohibitively high real-estate prices.